More on Twitter and technology and their roles in the world.

“Lessons from using the Internet like a normal person, not an obsessive information consumer”

The New York Times obtained a “leaked draft of a report under development by a United Nations panel, the Intergovernmental Panel on Climate Change. The document is not final and could change before it is released in March.” That said, the draft report gives higher confidence to serious consequences of climate change on human health and agriculture with effects being seen this century.

To Those Influencing Environmental Policy But Opposed to Nuclear Power

Four academics sent a letter to various environmental organizations and reporters, including the New York Times, encouraging them to rethink their opposition to nuclear power as part of a balanced energy strategy for the future.

The letter is included below:

To those influencing environmental policy but opposed to nuclear power:

As climate and energy scientists concerned with global climate change, we are writing to urge you to advocate the development and deployment of safer nuclear energy systems. We appreciate your organizations concern about global warming, and your advocacy of renewable energy. But continued opposition to nuclear power threatens humanitys ability to avoid dangerous climate change.

We call on your organization to support the development and deployment of safer nuclear power systems as a practical means of addressing the climate change problem. Global demand for energy is growing rapidly and must continue to grow to provide the needs of developing economies. At the same time, the need to sharply reduce greenhouse gas emissions is becoming ever clearer. We can only increase energy supply while simultaneously reducing greenhouse gas emissions if new power plants turn away from using the atmosphere as a waste dump.

Renewables like wind and solar and biomass will certainly play roles in a future energy economy, but those energy sources cannot scale up fast enough to deliver cheap and reliable power at the scale the global economy requires. While it may be theoretically possible to stabilize the climate without nuclear power, in the real world there is no credible path to climate stabilization that does not include a substantial role for nuclear power

We understand that todays nuclear plants are far from perfect. Fortunately, passive safety systems and other advances can make new plants much safer. And modern nuclear technology can reduce proliferation risks and solve the waste disposal problem by burning current waste and using fuel more efficiently. Innovation and economies of scale can make new power plants even cheaper than existing plants. Regardless of these advantages, nuclear needs to be encouraged based on its societal benefits.

Quantitative analyses show that the risks associated with the expanded use of nuclear energy are orders of magnitude smaller than the risks associated with fossil fuels. No energy system is without downsides. We ask only that energy system decisions be based on facts, and not on emotions and biases that do not apply to 21st century nuclear technology.

While there will be no single technological silver bullet, the time has come for those who take the threat of global warming seriously to embrace the development and deployment of safer nuclear power systems as one among several technologies that will be essential to any credible effort to develop an energy system that does not rely on using the atmosphere as a waste dump.

With the planet warming and carbon dioxide emissions rising faster than ever, we cannot afford to turn away from any technology that has the potential to displace a large fraction of our carbon emissions. Much has changed since the 1970s. The time has come for a fresh approach to nuclear power in the 21st century.

We ask you and your organization to demonstrate its real concern about risks from climate damage by calling for the development and deployment of advanced nuclear energy.

“In an episode of Friends, Monica becomes obsessed with a light switch that, according to Joey, does ‘nothing.’ Monica, convinced that it must control something in the apartment (‘They wouldnt have put it there if it didnt do something!’), begins an obsessive hunt to uncover what the switch does. Though its scarcely more than a silly subplot, Monicas dilemma exposes an interesting household problem: Every home seems to have a mysterious light switch somewherenear the back door, next to the porch light, at the basement stairs, along a row in the den. A light switch that does nothing….”

Out of the picture: why the world’s best photo startup is going out of business

“One day last month, the seven employees of Everpix gathered at their co-working space in San Francisco to discuss the company’s impending shutdown….

“The immediate concern in the room was a forthcoming bill from Amazon Web Services, which hosts the 400 million photos stored with Everpix; the team estimated the bill would be about $35,000. “Our AWS bill is going to be due on the third. Were not going to be able to pay,” said Pierre-Olivier Latour, who had the idea for Everpix four years ago after a vacation left him struggling to organize the hundreds of photos he took on the trip. Behind him, a poster advertised San Francisco’s minimum wage of $10.55 an hour, which he had been paying his employees for the past month.” 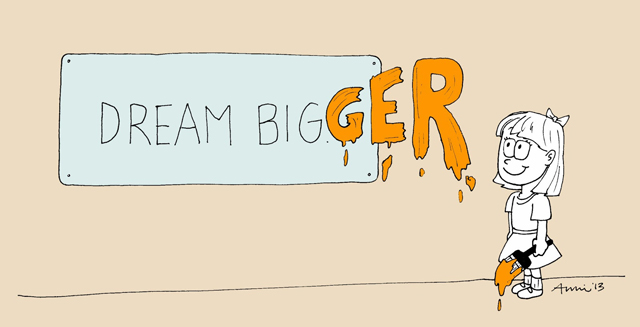 Research: Cubicles Are the Absolute Worst

“Major league baseball’s schedule affects the lives of millions of Americans. For 25 years, the masterminds behind the massive undertaking were The Stephensons. A husband and wife duo working with a computer, a pencil and a great deal of cooperation.”

“Every Monday at eleven-thirty, the lead engineers for the Google car project meet for a status update. The Google car has now driven more than half a million miles without causing an accident, almost twice as far as the average American driver goes before crashing. Of course, the car has always had a human driver to take over in tight spots: the car has trouble in the rain, for instance, when its lasers bounce off shiny surfaces. And yet, for each of its failings, it has a corresponding strength. It never gets drowsy or distracted, never wonders who has the right of way. Unlike its riders, it can see in the dark. Left to its own devices, Sebastian Thrun says, it could go about fifty thousand miles on freeways without a major mistake; within a year, it should be safe for a hundred thousand miles.”

The Wall Street Journal posted a long-form designed-for-the-internet piece about “children with Niemann-Pick Type C (NPC), their parents and [the] scientists seeking a treatment for this fatal genetic disease”.

Hiding From Managers Can Increase Your Productivity

“Companies all over the world have striven for transparency in the workplace, literally tearing down walls in an effort to let managers and employees observe each other…But recent research proves the virtue of letting employees do at least some work unobserved. In a series of studies, Harvard Business School Assistant Professor Ethan S. Bernstein shows that decreasing the observation of employees can increase their productivity.”